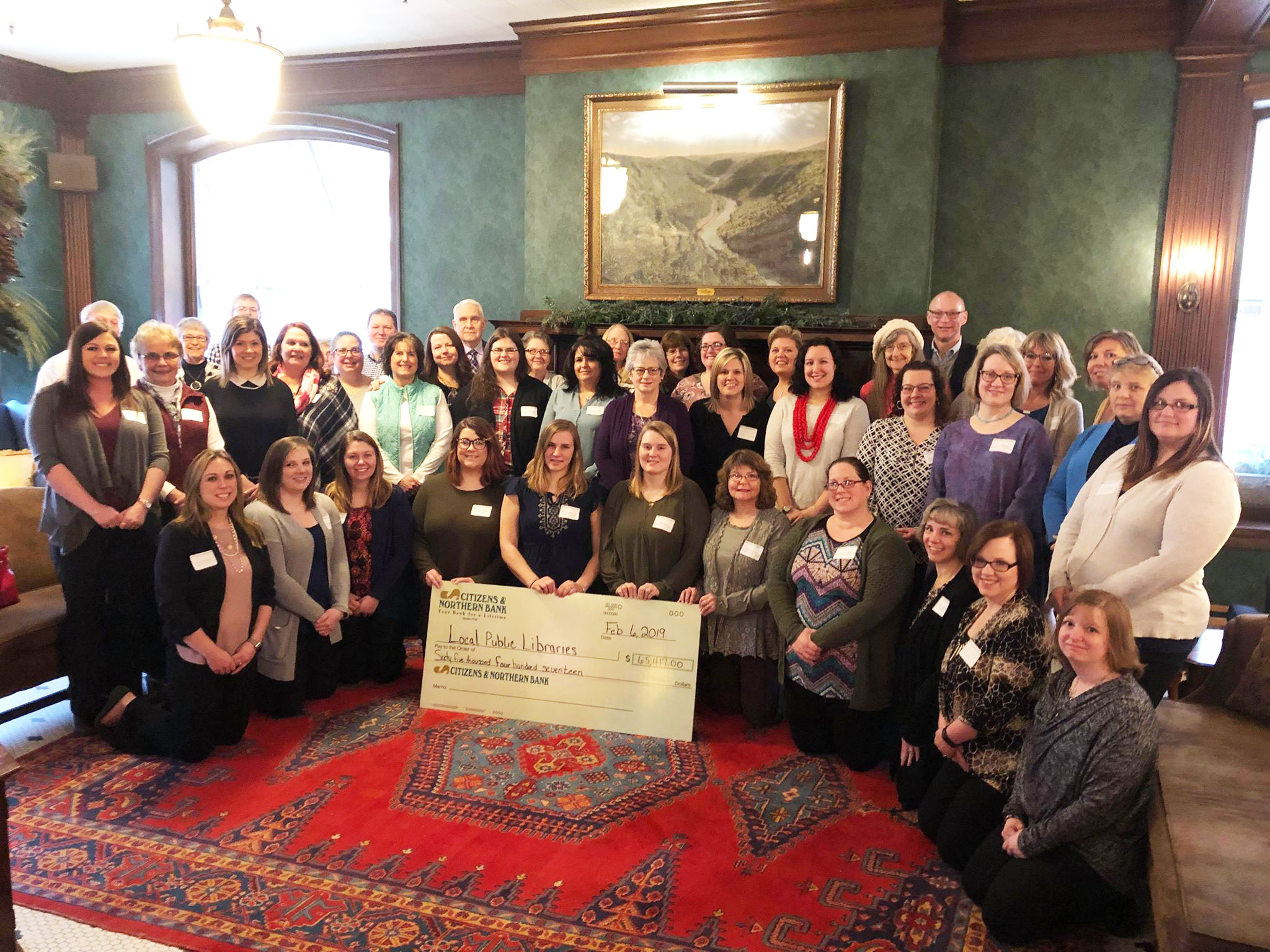 Our Library is housed in a 1910 Queen Anne style former residence. A history museum, genealogical section and an extensive reference section emphasize the local area.

The Library may be closed during inclement weather.

The Knoxville Public Library will break ground this summer on a $2.3 million construction project that will more than double its size with the addition of a large state-of-the art community room, permanent space for its museum, handicapped access to all floors and the reopening of the historic of the third-floor dance hall.

The project will connect the current library on Main Street with the Glover House next door, which was donated to the library by the Glover Estate in 2009. The Glover House is home to the community’s Rails to History display and The Potter-Tioga Library System offices. Library services should not be disrupted by construction.

The current library, which was renovated in 2013, will remain mostly untouched. The plans call for renovations on the second floor of the main building to make the rooms more user-friendly for crafting and other classes. The reference room will also remain upstairs. The third floor was once a dance hall with access to a turret, commonly found in Victorian-era houses. That dance hall space will be made safe for public use and will became accessible by stairs and an elevator.

An addition will connect the current library with the Glover House and will become the main entrance to both the library and the museum. It will house a community room that seats more than 50 people and a children’s room that seats about 25. A folding wall can be pulled aside to make the two spaces into one larger community room. A mezzanine will overlook the community room. Additional restrooms will also be located on the second level.

A terrace off the back of the addition will allow children to work outside during the library’s summer program.  Parking will be expanded with the demolition of the current garage. Patrons will be able to access the parking lot from Main Street and South Water Street under a land-use agreement with C&N Bank.

When the project is complete, the main floor of the Glover House will be a museum, featuring the train display, which depicts Knoxville in the 1950s, and local history exhibits that can be changed out regularly. Currently, the library’s museum is located in rooms on the second floor of the main building and is not accessible to people with physical disabilities. The Potter-Tioga Library System will have a new office upstairs.

Foor & Associates of Corning, NY, designed the renovation and addition and is soliciting bids from local construction companies. Construction is expected to begin in the end of June and will take about one year to complete.

Uncover Ancestry Clues in Knoxville
Rails to History
Giving Back, Giving Together